Benefits of Building Your App with React Native 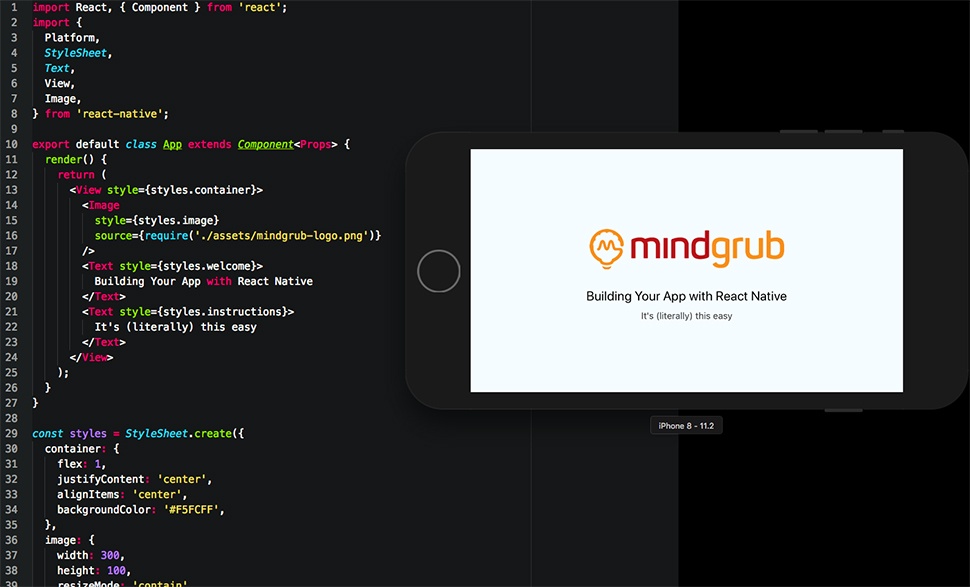 React Native is a native application development framework created by Facebook. It allows a developer to build a mobile app for both iOS and Android using only JavaScript, saving a lot of time developing for both systems.

I have a background in native iOS development, so when I first started using React Native years ago, there was a definite learning curve. But once I started getting the hang of it, my development velocity soared, and I was having a lot more fun writing code.

In particular, building user interfaces (UIs) is my favorite part about working with React Native. Compared to Interface Builder and setting AutoLayout constraints on iOS, laying out views with Flexbox feels amazing.

Not sure if a mobile website or a native mobile app is right for your organization? Download our white paper.

Let’s take a look at some other benefits of using React Native:

Bloomberg, for example, found React Native to be the better tool, over Titanium and PhoneGap, to use for its new consumer iOS and Android app. Automated code refreshes, content personalization, and having JavaScript run on a separate thread as to not impact performance on media features were just a few ways the framework met Bloomberg’s needs.

Walmart decided to use React Native for its app, as well, as they were looking to improve customer experience. Not only did React Native increase customer satisfaction, but it also reduced labor costs for development because of its cross-platform framework. Furthermore, it allowed for fast updates while hosted on Walmart’s own servers, rather than having to go through the app store approval process.

Do you want to learn more about the React Native experience and find out how to achieve a robust, powerful app? Let’s chat.