What We Learned at DrupalCon 2022 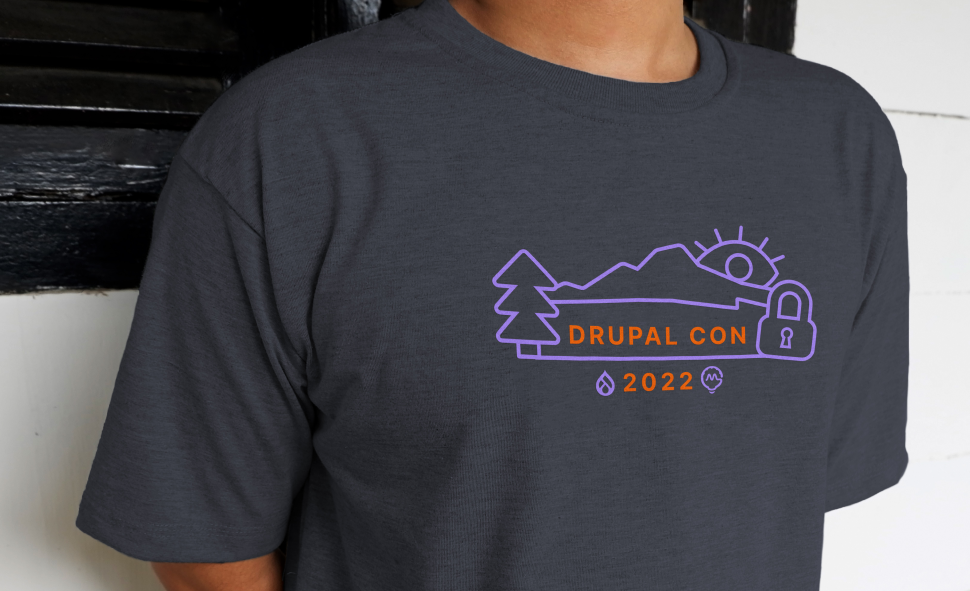 This year, the team at Mindgrub attended DrupalCon 2022 to hear insights from leading industry experts. This event is geared toward learning—whether that be about new website builds, coding techniques, or general mentoring. DrupalCon is for understanding ambitious digital experiences, but what did we learn while we were there?

Let’s start from the beginning.

Drupal is a content management system that Dries Buytaert first developed in 2001. It was originally written to be a messaging board software while he was a student at the University of Antwerp but later evolved to become the open-source website platform that it is today. Fun fact, Drupal itself is a misspelling! The original name was supposed to be the Dutch word for ‘village’, but instead became the Dutch word for ‘drop’ (as in a water droplet, hence the Drupal logo).

From its humble beginnings as a messaging board, Drupal continued to grow to surpass its original function and is now a popular platform within the government and education sectors. Drupal is used by the Colorado state government, the state of Georgia, the government of Australia, the city of Boston, and Rutgers University. But the variety of Drupal websites doesn’t end there! The Grammys, The Economist, LUSH Cosmetics, and the New England Patriots also use Drupal as their platform.

Drupal is an open-source platform! There are over 40,000 modules and plugins that vary across many different types of functionalities, from e-commerce to messaging to SSO, Drupal has modules that fit any developer's needs. Since it is an open-source platform, this means the majority of these plugins are free to use, which is beneficial for developers who might not have the backing of an agency like Mindgrub.

Drupal makes data modeling for websites even easier. If you are unfamiliar, data modeling is being able to pick and choose different aspects of functionalities and applications to include on a site. So because of the sheer amount of modules available on Drupal, building an entirely custom website using data modeling is entirely possible, even for low-code developers who are just getting started. With Drupal’s latest software development, Drupal 9, they’ve made it even easier for users outside of the engineering world to contribute. Marketers and designers can get involved on the backend of Drupal websites too!

What are the latest Drupal developments?

There have been quite a few developments that Drupal has taken on in recent years to improve the overall quality of the platform. It’s important to utilize website-building platforms that understand the ever-changing needs of its users and the digital world around them. Drupal makes improvements for inclusivity, accessibility, and more, an integral part of its mission.

It’s been known that one of the pain points for Drupal is that it's a platform for software developers. For the majority of average users, it's a bit more difficult to grasp. To ensure a wider range of accessibility and improved user experience, engineer Mike Herschel took it upon himself to develop a new default theme for Drupal. The original default theme, Bartik, had been around since Microsoft 8 was the most popular web browser. So Herschel embarked on a journey to create Olivero, a simple and accessible starting point that ultimately allows more content creators and other low code users to create their own websites without the help of a developer. This was a great development for Drupal, as more and more people are looking for an accessible ‘right out of the box’ website platform build. 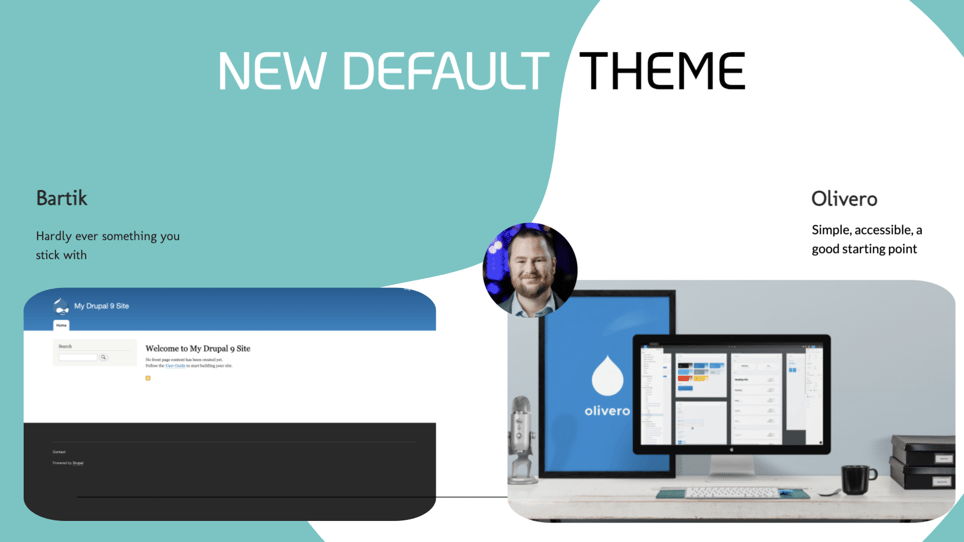 As we said before, there are well over 40,000 modules that are available to use within Drupal’s platform. The original module library was a massive catalog with no separation or categorization, ultimately leaving developers to their own devices in terms of finding the exact modules and applications to fit their website’s needs.

Now, Drupal has released the Project Browser initiative. Similar to the Google Extensions library, Drupal’s Project Browser has made it to where users never even need to leave their site to browse for modules to include. These curated modules are easily downloaded to websites with a click of a button and are categorized for easier discovery. This initiative improves user experience, especially for those who want a quick build to get their website out in the open as soon as possible. 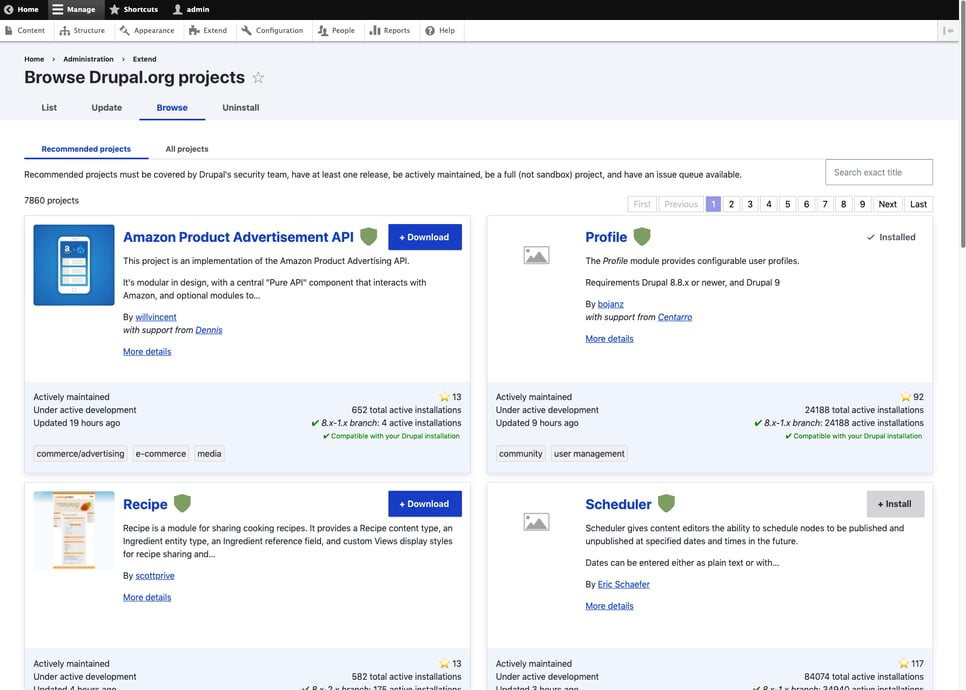 Drupal automatic updates are now in beta testing, but once released it will be an easy way to keep DrupalCore up to date. The ultimate goal of the automatic updates is to keep long-tail Drupal sites up to date when those sites don’t get regular maintenance. This initiative is a great way to have those websites stay supported when clients might not be able to secure their own sites as regularly.

This addition to Drupal’s backend makes it even simpler for users to customize their sites. The Layout Paragraphs are easily integrated into existing pages, so you can quickly and effortlessly add new content without the hassle of running into complicated formatting.

Drupal Steward is a web application firewall that bridges the gap between the time when a security release is announced, and when your site is fully updated with the newest security patch. This allows web developers to have peace of mind in between security updates during critical times of potential vulnerability. It provides affordable protection against hackers while giving IT teams the flexibility to work on other website updates in the interim.

DrupalCon 2022 proved to be a beneficial conference for the team at Mindgrub. We look forward to going to more conferences like this in the future! To learn more about how Mindgrub can build your own customized Drupal website, contact our team today.