What is a Robot? 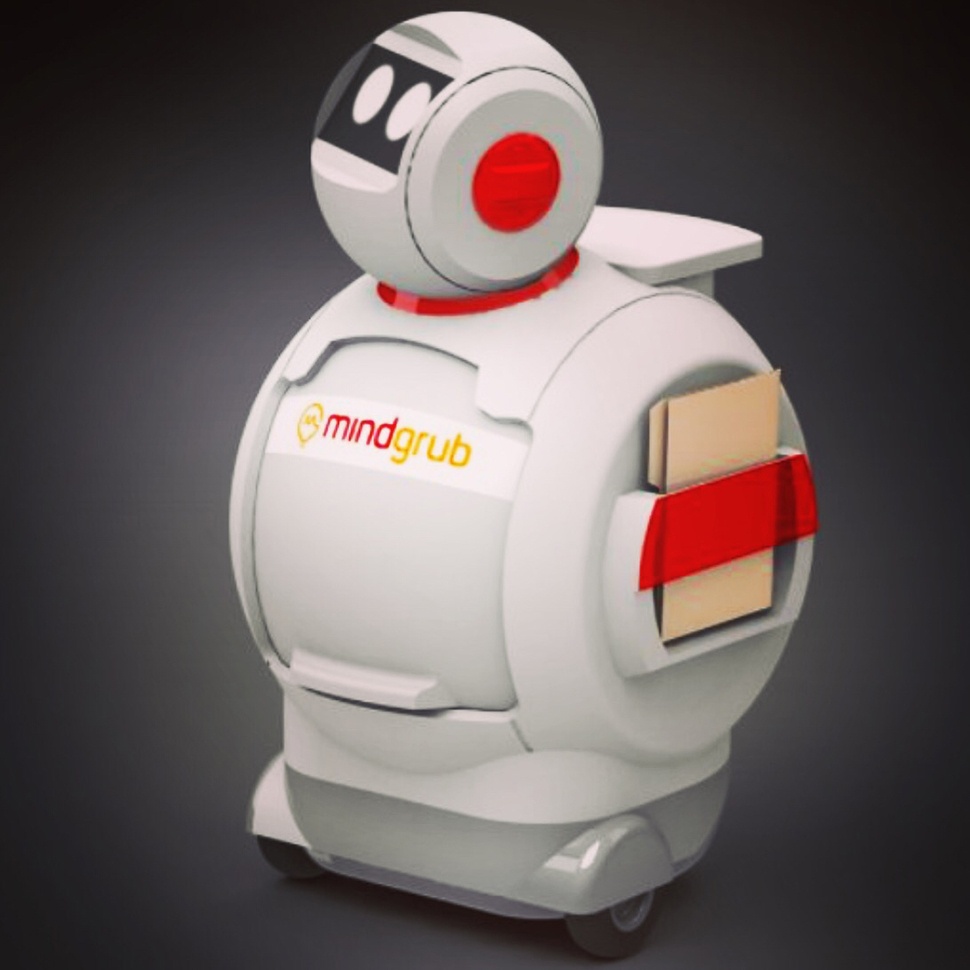 All of us here at Mindgrub have been hard at work on our first commercial robot (SNAX, pictured above), for some time now. In preparation for its big debut, I thought I’d explore the differences between perception and reality when it comes to robots in the marketplace.

I searched long and hard for a standard definition for a robot. What I thought was a simple activity was more of a challenge than I expected it to be.

You see, there isn't one standard definition for a robot; there are many.

There are also a lot of questions about how robots can and will impact society.

Once we can agree on the characteristics that differentiate robots from machines, we can start to get a clearer perspective on what a robot is.

The many ways to define a robot

These definitions each conjure up different ideas of what role a robot is meant to fulfill, how it should do it, and what effect it has on the world. We hear from one side that a robot must resemble a human, and on the other that the robot must act like one.

These conflicting images don’t help us build a complete definition of a robot, and the novelty of the technology certainly leaves us with some blank spaces in our knowledge of how we should perceive and define robots.

How we define a robot

While it is interesting to compare and contrast definitions of a robot, there is one primary point that I think should always start the conversation about robots: they need some kind of “smarts.”

It might be rudimentary, but being a “smart” technology is a defining characteristic of robots in our minds. This is where programming enters the picture.

For a machine to meet the definition of a robot, it must display some sense of intelligence.

For many people, the term robot may bring up visions of the robotic maid named Rosie from The Jetsons, or the more human-like Vicki from the ‘80s sitcom Small Wonder. And how can we forget David from the more recent A.I. Artificial Intelligence?

These robots all had a common characteristic: they looked and acted like humans.

Along with those friendlier, human-looking robots, there are examples of fearsome fictional robots taking over and dominating humanity, like the Skynet in Terminator: The Sarah Connor Chronicles. Films like this fuel our long-standing fear that robots will one day "take over the world."

While Rosie, Vicki, David, and even Skynet may live in our imaginations and on our screens, the question still remains: what is a robot?

If you agree that robots are machines programmed in order to have some type of intelligence, then that expands our view of what falls into the category of robot. We should then count smart machines like cars or washing machines inside our definition of robots.

Tesla vehicles use artificial intelligence software that “gives rapid and accurate visual perception,” and washing machines can now automate the operation of each load. These machines look nothing like a human, but they have the intelligence and functionality of a device that fits our classification of a robot.

There is no denying the positive impact that robots of all kinds have had on society so far. I’d consider hands-free driving and almost-hands-free laundry to be huge wins for humanity. Regardless of nuance, many of our present-day robot examples are clearly changing our lives for the better.

We are extremely excited to announce that Mindgrub has developed our first commercial robot. SNAX is programmed to improve life in the office by handling various tasks like mail delivery and (perhaps most importantly) delivering snacks to employees throughout the day.

We will also soon be releasing another commercial robot called CRM, that you might see at networking events and conferences in the near future. Don't be alarmed when this robot asks for your business card; it’s just networking.

At Mindgrub, we constantly push the boundaries of what we can create and deliver. This is the backbone of how we’ve built a name as a world-class digital innovation agency.

Why wouldn’t our team of talented engineers, creatives, and programmers stretch themselves and take on the complete construction of a robot? A “why not” attitude is what drives us every day, and our foray into robotics is just another expression of that ethos.

Interested in learning more about robotics at Mindgrub? Let’s chat.